A VIRTUAL TERRARIUM
The world is a formulary.
If you believe in mathematics, there seems to be nothing, which cannot be expressed in numbers. Everything is calculable as long as your computing power lasts out.

This project is an experimental involvement with organic growth and the formation of recurring patterns and shapes throughout nature as well as the answers math and biology can give to these phenomena. The resulting work is a virtual terrarium, which makes it possible to observe organic growth simulation in 3D on the basis of three different algorithms and tweak the parameters of these growth functions. All organic forms are generated and rendered GPU-based and in realtime.
SIMULATING GROWTH
All three mathematical models, which underlie these visualizations, whether in their two-dimensional or three-dimensional variant, produce patterns and forms, which repeatedly occur throughout nature. While differential growth can be used to model the emergence of organs, petals, leaves or several marine creatures, patterns, which are produced by a reaction-diffusion system, can be found on the fur of leopards, giraffes, as well as on the skin of several frogs and many more animals. The accumulation of a 2D reaction-diffusion system over time into the third dimension as seen above can be used to model the growth of different coral species. A cellular automata basically is just a grid of cells with simple rules, which depend on the state of the current cell and its neighbours. A popular example of the occurrence of cellular automata patterns in nature can be found on the houses of primeval sea snails, but also the structure of termitariums can be modeled with a cellular automata system.
360 DEGREE VIEW
As it is essential for the observer to have the possibility to inspect the growing three-dimensional structures of organic forms from all angles, they grow in a kind of virtual terrarium. The terrarium is made of a cube of four outward facing screens, which are cased with plastic brackets and sealed with a cap of acrylic glass. The head of the spectator is tracked in space via a depth camera, so that the parallax of the virtual camera is translated together with the point of view of the spectator. This results in a depth effect and makes the organic forms appear like a three-dimensional hologram inside the cube. If the observer circles the terrarium it's thereby possible to inspect the structures from all sides or look from further up or from a squatting position inside the terrarium. 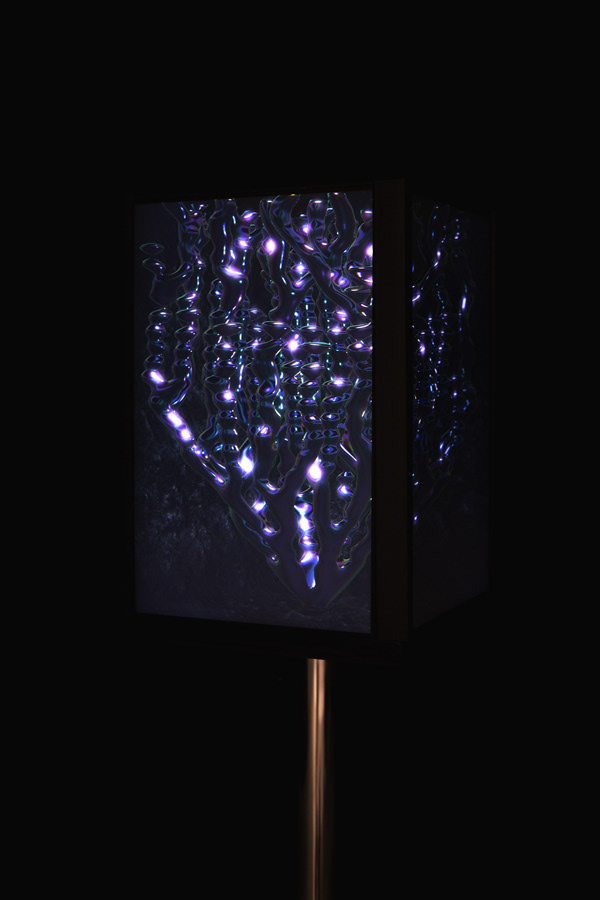 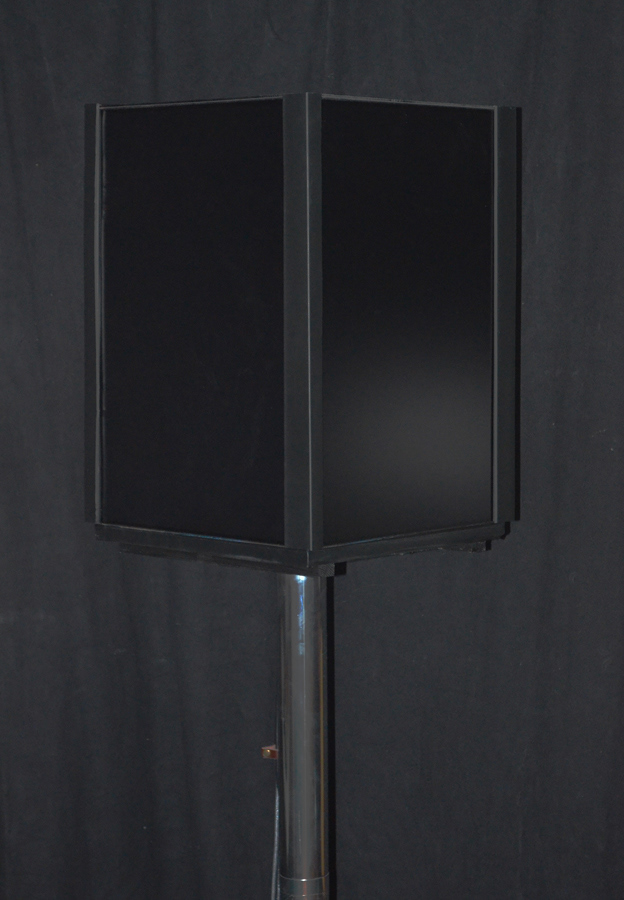 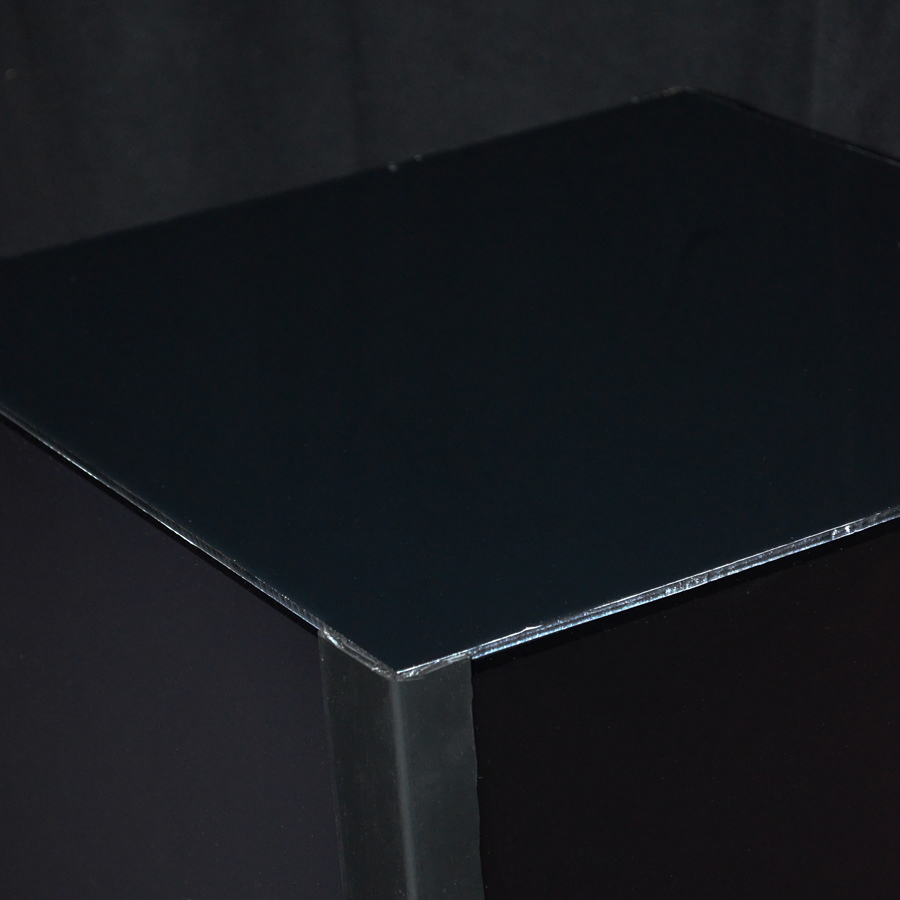 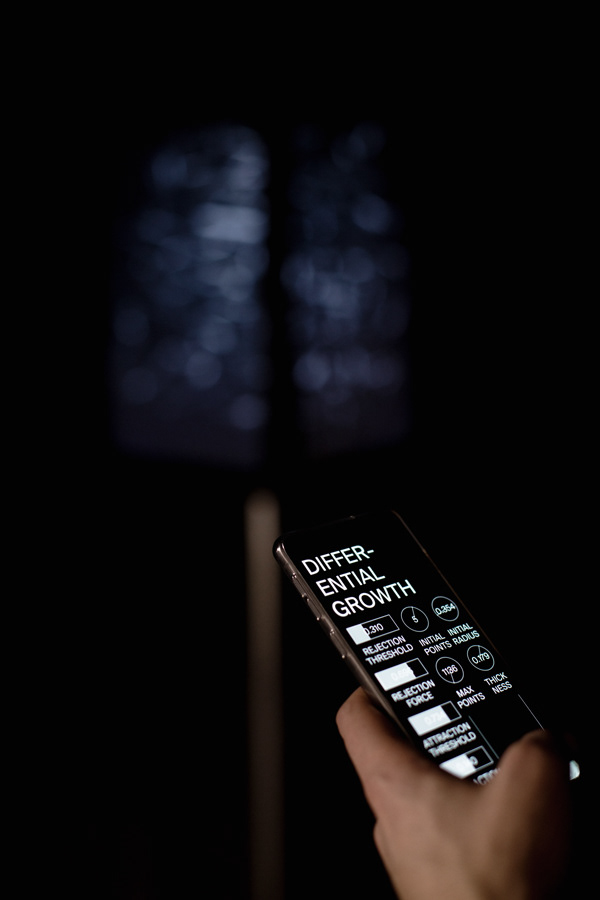 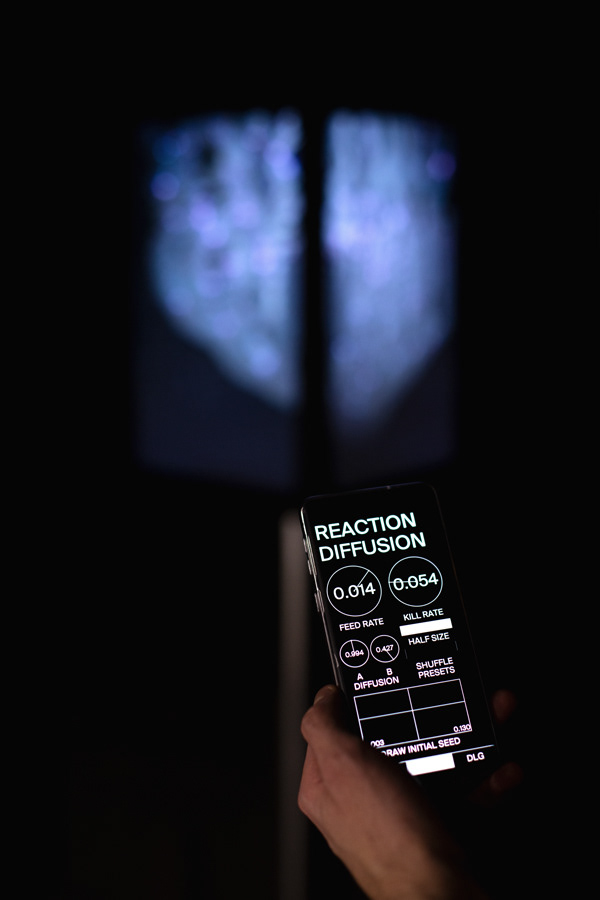 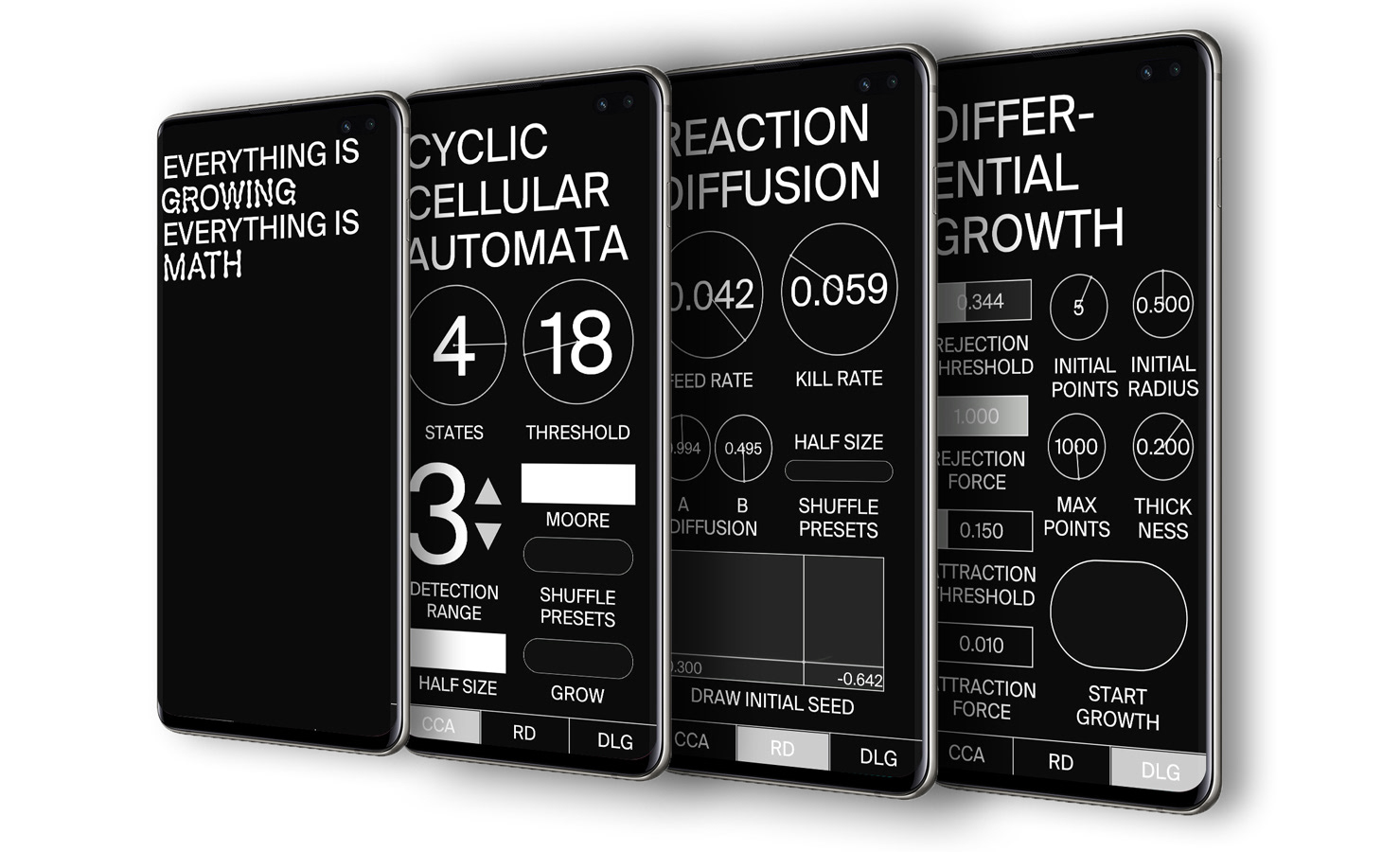 INTERFACE AND INTERACTION
A mobile app interface makes it possible for the viewers to become creators themselves and tweak the parameters of the different growth functions in realtime. Thereby it becomes apparent to the user how fragile many of these equitations are and get some feeling for how a tiny change in a growth system can have a grave impact and result either in stagnation or excessive growth, similar to small human interventions into an ecosystem, which can have vast consequences. Alongside the head, the hands of the user are also tracked. This way it is possible for viewers to reach inside the terrarium with their hands and cut out parts of the organic forms, in order to examine the inner structure more closely.
INFINITE VARIATIONS
Even if certain patterns and forms emerge more frequently than others the variance of the resulting organic sculptures – like in nature – is still endless and due to the wonders of generative and parametric design every single algorithm of these three can produce infinite variations by modifying a handful of parameters. Only a small excerpt of the possible variations of the cellular automata are shown above. 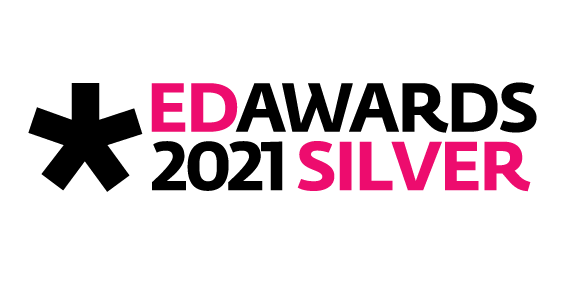 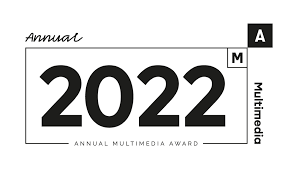 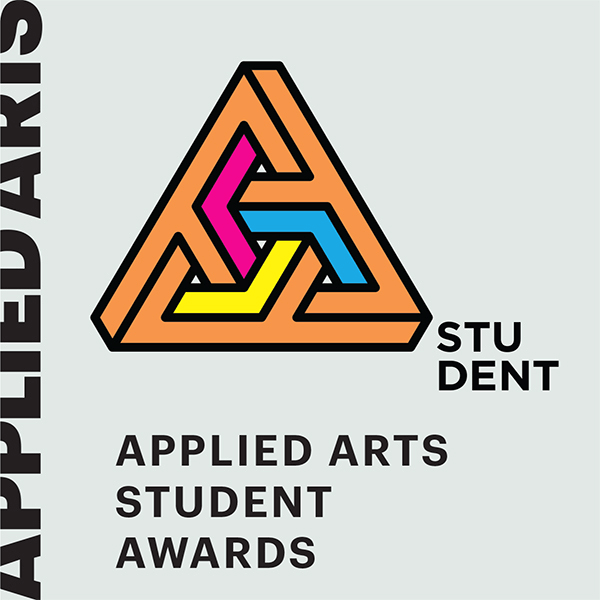 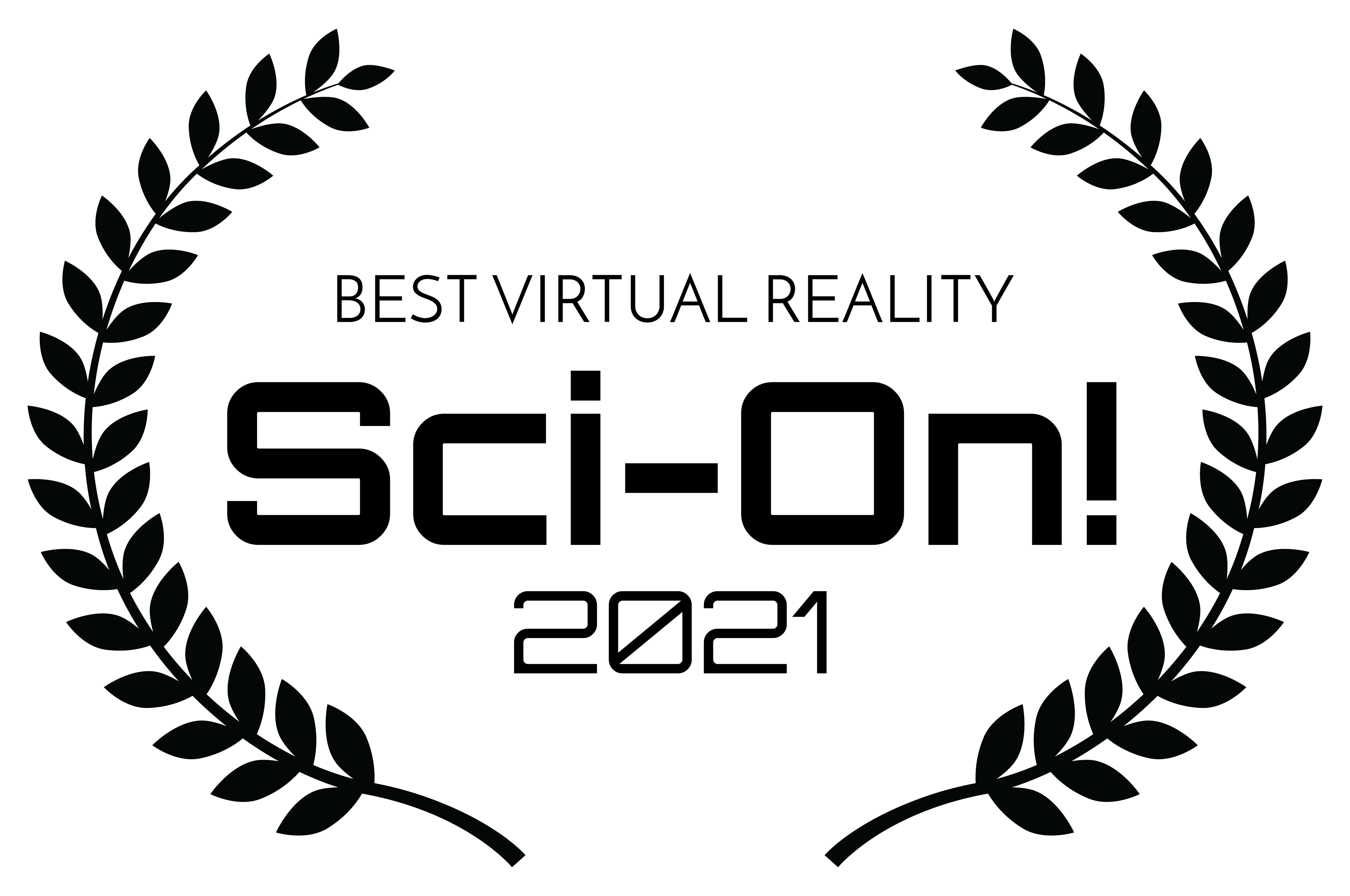 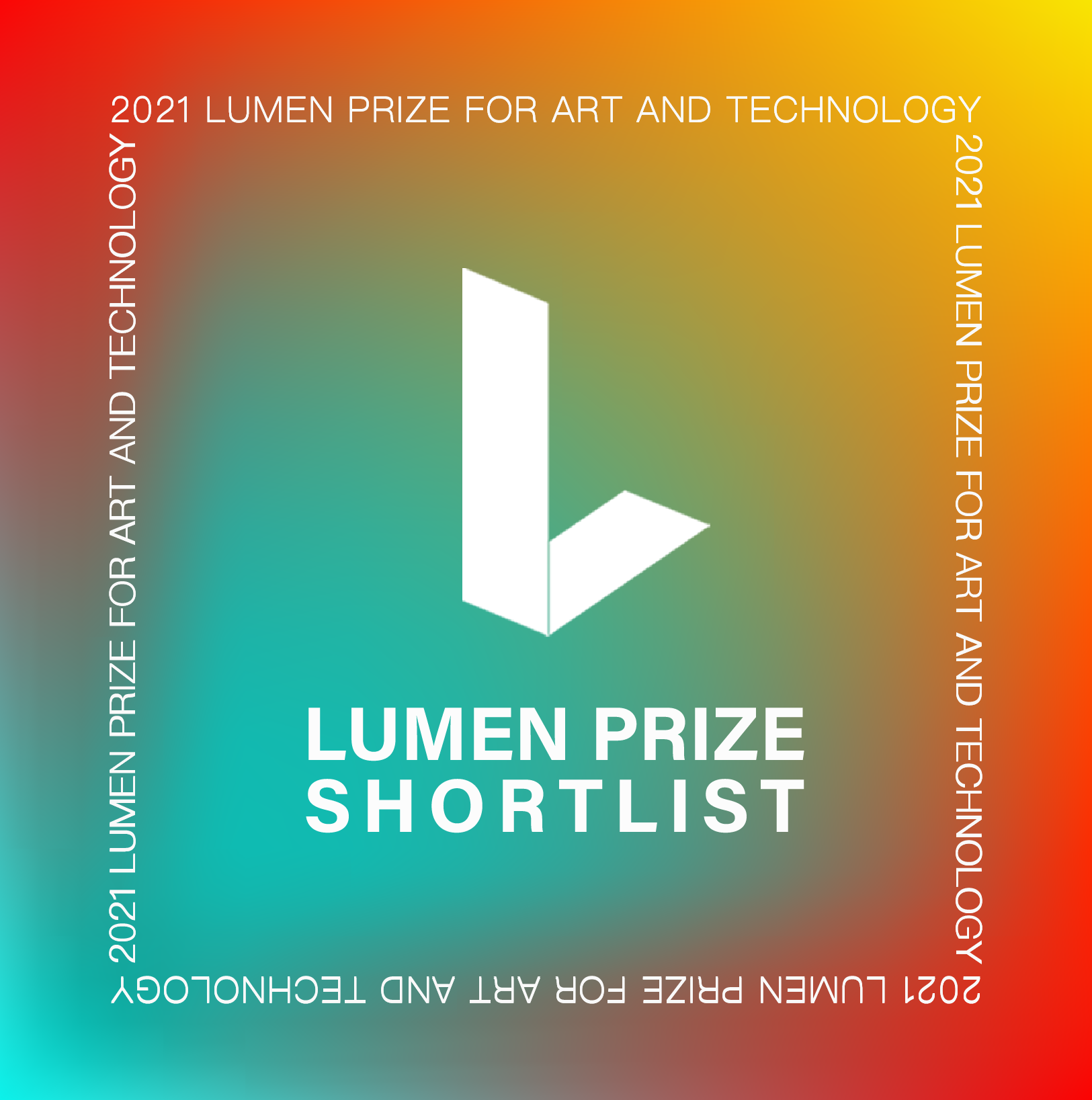 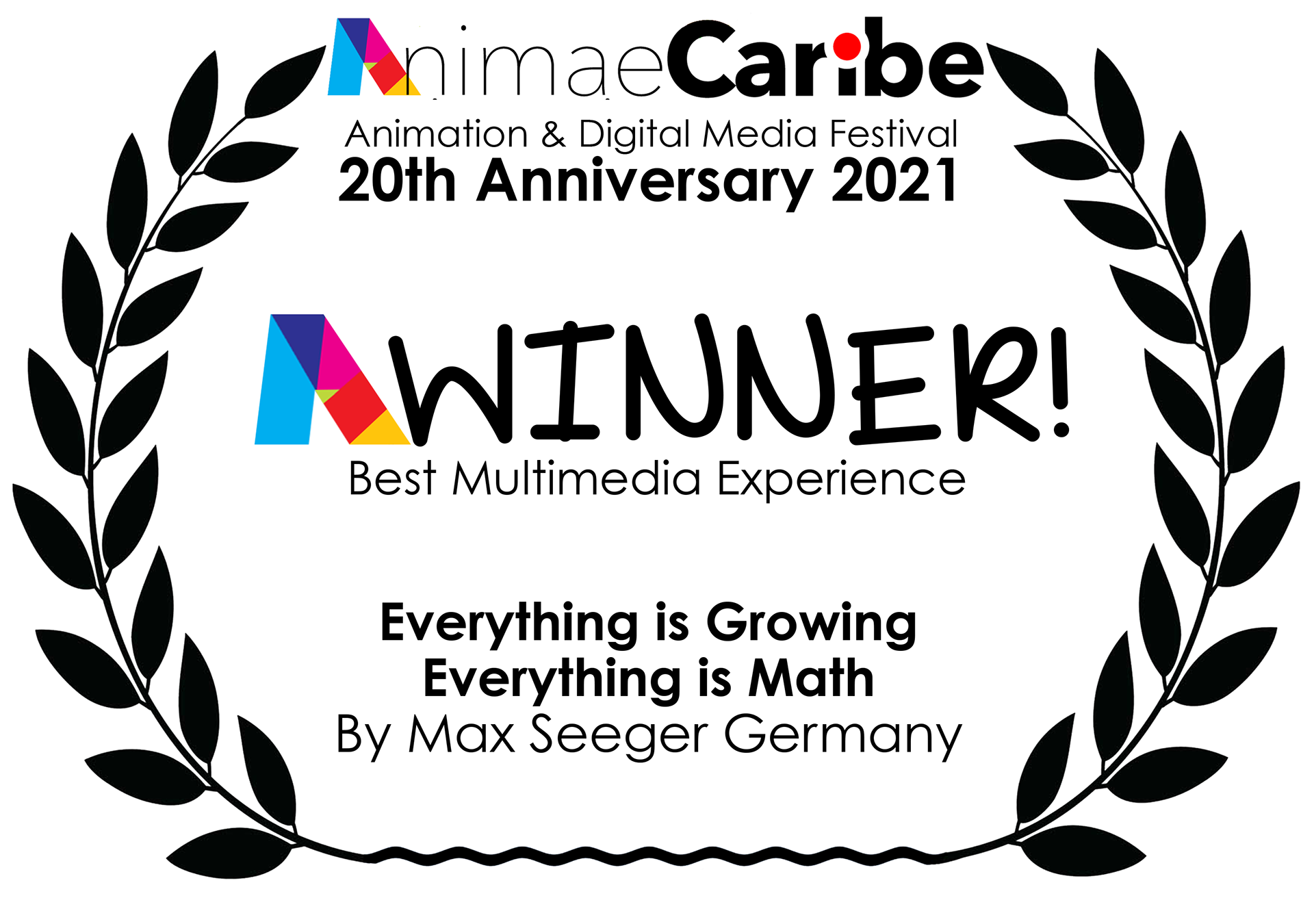